I grew up loving some of the most popular and celebrated rock bands of all time, and I still do love them. The music The Rolling Stones were making from 1967-1972 is some of the most moving, most compelling, and most genre-defining work I have ever heard. The albums and live performances that represent U2’s progression 1980-1987 from raw, kinetic, punky teens to the ubiquitous biggest band in the world are the anthems of my childhood. The music those bands are making now, on the other hand, is worse than embarrassing – it’s downright ignorable. I forget that Mick and Keith and Bono and Edge are still alive, still playing. I hardly even associate the hollowed-out spigots of innocuous drivel they have become with the maelstroms of creativity and gravitas they were at their peaks.

I don’t disdain my erstwhile heroes for crumbling in the public eye, for continuing to make music even though they’ve clearly lost it. Instead, their erosion has caused me to develop a deep appreciation for those rock legends who find a way to keep tapping into their muse, keep conveying genuine inspiration to their audiences. So here is a list of three storied artists who I think are still making music that is as good as anything from their glory days: 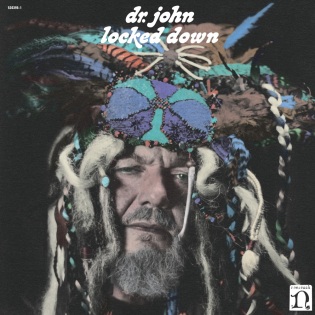 Dr. John’s spectacular live performances in the sixties and seventies called on his upbringing in the Louisiana bayou to evoke a carnival atmosphere. Mac Rebennack, like the rest of the performers on this list, helped rejuvenate his career by collaborating with younger musicians who helped him cull and package his talent in a way that would appeal to today’s audiences. He linked up with The Black Keys’ Dan Auerbach in 2012 to produce his album Locked Down. Auerbach frames Dr. John’s gravelly voice and funky work on the keys with his own guitar riffs, samples from Fela Kuti, and plenty of other touches that energize the old man and make his passion for politics, social causes, and spirituality sound moving and meaningful rather than like the ramblings of a lovably out-of-touch, aging burnout.

Jimmy Cliff, the non-Rastafarian godfather of reggae, whose work as a musician and actor exposed American and European audiences to Jamaican culture before many people had heard of Bob Marley, was sixty-three years old in 2012. That year, he linked up with Tim Armstrong, former frontman of Rancid, to produce the aptly titled album Rebirth. Cliff told Guy Raz of NPR’s “All Things Considered” that their intent was to recapture the energy and feel of his late sixties and early seventies work:

“One has to go back to point zero to move forward again, and so that is what we did. We recorded the music with the same instruments that we had used back in the days, the same style that we used to record — which is everyone recording at the same time.”

Here’s Cliff performing an acoustic version of his hit “One More”:

Everybody’s favorite blond-locked Welsh mystic really never stopped making music after the breakup of Led Zeppelin, but he has certainly added some zing to his boiling cauldron of creativity after linking up with two of folk music’s leading ladies in recent years. Plant produced the album Raising Sand with Nashville songstress Allison Krauss in 2007, then began collaborating with Patty Griffin in 2010, leading to the formation of Band of Joy (a reference to his original, pre-Zeppelin band from the Sixties), and the production of an eponymous album. Last year, a sixty-five year old Plant released the album Lullaby and… The Ceaseless Roar with the Sensational Space Shifters, and is currently touring in the U.S. in support of the album.

Here is the single “Rainbow”:

So, who did I miss? What other classic artists are experiencing late-career rejuvenations, or have been going strong for decades after falling off the charts?

2 thoughts on “They Don’t Burn Out, They Don’t Fade Away: Three Legends from Rock’s Heyday Who Are Still Making Great Music”

Coordinator of The Block Center, a positive youth development program in Troy, NY
%d bloggers like this: